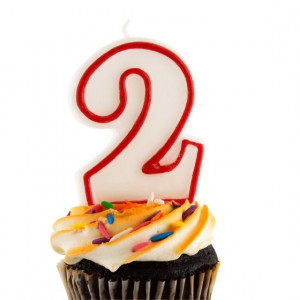 We can't believe it's already been this long since we launched back in 2014, on October 3rd! If it wasn't for you guys, our followers and fellow podcasters we still wouldn't be here. So we just wanted to thank you all for the continued support and advice! We really appreciate it!

Whereas for last year's Podcast anniversary blog, you heard the thoughts of me, Simon and Phil, this year, Simon thought we should do something different and instead ask for you guys to help celebrate by expressing your thoughts! So below you will find a small piece written from some of you guys! Enjoy!

Podcasts, the final frontier. These are the episodes of the Engage Podcast. It's two year anniversary: they've explored strange new worlds, they've interviewed new guests and new debated trivia. They have boldly gone where no one else dare go.

As Star Trek celebrates it's 50th anniversary with events across the world, lets take a few minutes to celebrate what the guys have achieved. For the past two years now Simon, Phil and Jamie have been exploring their very own final frontier and taken us along for the ride. Soon they will be celebrating their own fiftieth anniversary with a total of 50 episodes, (I'm sure they are saving me for that one!).

As I write this, I am looking forward to meeting up with the boys at Destination Star Trek Europe, where I am sure we will have our reunion celebration.

So as we head into the final months of Star Treks 50th anniversary we reach another cause for celebration, it's the Engage Podcasts 2nd year Anniversary!

I originally found The Engage Podcast by chance as Simon, Jamie and Phil were attending Destination Star Trek and were tweeting from the event which I had been following on Twitter, after avoiding social media for many years treating it as something that wasn't for me I had decided to give it a try to see what it was all about.

I have always said, being a early 90s Trek fan I always found the interest to be a very solitary one, not having any of my friends growing up being particularly interested in the franchise, I always imagined what it would be like to just chat Trek with some pals and be able to mention a Excelsior class refit and people actually understand what I was on about.

That is exactly what I enjoy about the podcast, it really is three best friends casually chatting about Star Trek (and other interests!) Being able to enjoy the banter between then really makes the Engage Podcast a warm and friendly place to sit back and chill.

The podcast has had a fantastic line up of guest appearances in its 2 year journey (head to SoundCloud to see the full list!) and Simon, Jamie and Phil have also headed out on away missions to cover various conventions such as DST and FCD.

I certainly look forward to further episodes and seeing what aspects of Star Trek the boys decide to tackle next in their own unique Engage Podcast style, certainly with the new series Discovery on the horizon there will be plenty of new topics to chew on as well as Star Treks 50 years of history to mine for subjects, just don’t mention the USS Defiant...

So lets all raise a glass for the Podcast and express our thanks to Simon, Jamie and Phil for taking the time and effort into putting this Podcast together and doing a great job. I have a great deal of thanks to give as it was the podcast that kept me sane during the first weeks of fatherhood, getting me through those late nights and early mornings!

Now head over to the Playlist and pick a episode new or old and hit that play button, Engage!

So are we already about completed another trip around the sol system again? Where has the time gone? Time sure flies when your having fun and/or busy. I hope you three are doing well with both the blog, podcast and life. You guys are a great example of how the Star Trek Fandom should act. Keep on trekking forward you guys and don't look for reverse, you don't need it. You're doing great. I look forward to taking another trip around the sol system again with you guys.

Live Long and Prosper
Vance
A STO Admiral on Deck

Hello Guys!
How did I get into The Engage Podcast?

It was around the time of the last Destination Star Trek. I had just finished rewatching TNG season 7 and was feeling very enthusiastic. That led me to search on Twitter, where I found the podcast. Listening to you talk about DSTE, I realised there were other people as trekkie as me and more so! At that time I’d never been to a convention, but it sounded so much fun. When this year’s DSTE begins, very soon, I will be there too! :D

Something I really like about the podcast is that it’s interesting to hear other people’s viewpoints on things; ideas you never thought of yourself. I also enjoy the quizzes, and fairly often can be found shouting out answers at home.

PS: I can’t believe one of you (Jamie or Phil?) didn’t know it was Troi who crashed the ship! Although I’m glad in a way, because she gets a lot of bad rep for that. To be honest, it would probably have happened whoever was at the conn. Farewell, Enterprise D. :( But the voyages go on. :)

Through connecting with the podcast I met other people in the Trek community and quickly felt included. Since then new friendships have formed, and life is richer.

So Thank You, and Happy Second Anniversary! Raise your Romulan ale, or even prune juice – Infinite Diversity in Infinite Combinations. LLAP
(Hmm, Vulcans have the good sayings)

'A long time, in a galaxy far far away, a bunch of guys got together, and realised they had the wrong franchise.....so they boldly got together and engaged into the dangerous world of podcasting talking all things Star Trek. Now, they have got passed the dreaded second album syndrome in their second year and they now celebrate that journey,as well as the continued adventure to go where no man has gone before. They asked me, which I'm humbled, to talk a little about that feat and the show they have done the past couple of years!

As a person podcasting for a while over at Geek Apocalypse, I met Jamie,Simon and Phillip on my travels, meeting in person at FCD this year, and what's great is the genuine passion they have for what they are talking about and doing. It is fun for them and they are clearly friends first, which helps when they do their show as its not an act, nor do they make up arguments just for the sake of it. Having done a lot of interviews and shows, you meet sometimes people who do not care about fans, or do not care about opportunity and think podcasting is easy, not realising it looks easy if your good at it and have put the effort in. Its a privilege to talk about what matters to you and it's sad meeting people getting involved with podcasting with bad intentions, but equally as good to meet guys like the Engage guys who care the right way and are grateful to be part of a great art form.

When you are paying to do something to be able to do it just for free, you have to be passionate and you have to be committed to the craft. These guys are, I have said to them before they are doing their show in my eyes the right way in being genuine.

The UK podcasting scene needs people like this if we are going to make it a viable alternative to radio and TV etc. Its been a pleasure to be involved in a small way and be part of the extended family of podcasters and I wish them continued success, lets just hope Paramount honor us by having a series worth talking about in future years!


Dear Simon, Jamie and Phil,
You guys have literally been with me since I very first started my journey as The Original Trekkie in Training, and have truly been an integral part of my experience.

You have always supported me and made me feel like my opinion genuinely mattered, by including me in your podcasts: (the epic) TNG Season 1 & 2 reviews, and Star Trek "Tropes". And we had great fun this year when you came down to Portsmouth to record with the TrekkieGirls!

Since first meeting you at DST3 (can't believe we're on the verge of rocking DSTE together?!), The Engage Podcast has gone from strength to strength and recorded some absolutely cracking episodes. You are genuinely lovely guys who really know their Trek, and do what you do because of your shared love of the franchise.I wish every success in the future and can't wait to work with you again! Here's wishing The Engage Podcast a very Happy 2nd Anniversary, and to many more to come!


Lots of love from your favourite TiT x x x

So that's it everyone, thanks for all who contributed, both to this blog and supporting us! We look forward to our third year where will be starting in Birmingham at Destination Star Trek Europe later this week! We'll see you there!

Until then, this is Jamie from the Engage Podcast warping off into the unknown! Punch it!