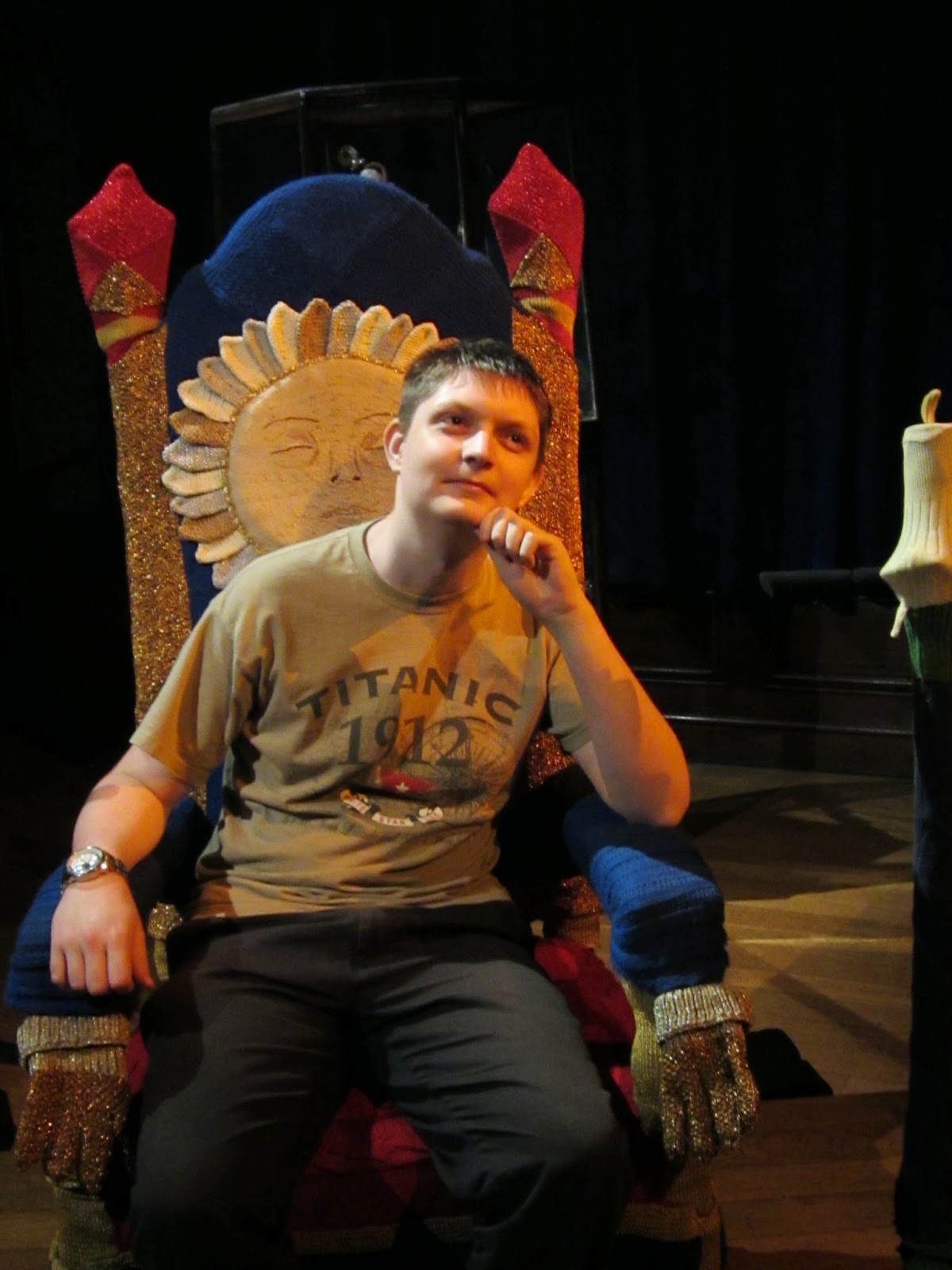 Hi guys
The reason I have written this blog is so that I can continue giving you a better understanding of who you're listening to, in my last blog I spoke about where my passion for science fiction stemmed from!

Whereas in this blog I would like to give you a better understanding of where my affection for podcasting comes from. I'm hoping to achieve this by, explaining to you which podcasts I have listened to, and why they have inspired different elements of The Engage Podcast!!!

The first podcast I listened to (and subsequently Jamie listened to) was Make It So Podcast, from the Simply Syndicated network.
Due to this podcast is the main reason why your able to listen to The Engage Podcast. Because after Jamie had listening to a quite sizable number of their episodes he said to me one day "Si, why don't we do a Star Trek podcast?!". Which lead after two long years of development and an awful lot of time and effort to The Engage Podcast.
Make It So is my inspiration for the joviality and juvenility elements of TEP as I have listened to episode's of Make It So more times than I would like to count! All due to the fact that each and every show is enjoyable and entertaining, due to the conversations and hilarious tangents the hosts (Richard Smith and co) get onto! Making it a podcast well worth listening to!!! 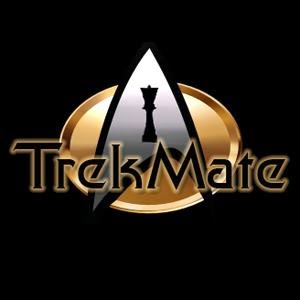 The second podcast I would like to mention is the Trek Mate Podcast, as they are a podcast I am very fond of. Oddly though they weren't 'on my radar' due to their podcasts, that only happened when we were at DSTL 2012.
Through they're many Fan Panel's (with the lovely Trekkie Girls) and through their DVD box set competition flyers. The flyers lead me onto a quite interesting tangent!

At the convention they were giving out flyers promoting their current DVD box set competition. In the competition each flyer had a unique code on it, which you could type into their website giving you the chance to win a DVD box set of a Star Trek series of your choosing.
I got home after the convention and typed it into their website! A month goes by and I get an e-mail explaining that I had won the prize, which you can imagine was an absolutely surprise to me! If you don't believe me just listen to Trek Mate: A Star Trek Podcast – Episode 45: Star Trek London Wrap Up.

Once I listened to that initial episode I was hooked, as (in their old format) they had a section of the show I always enjoyed listening to...I am of course talking about the Quiz. Which they always called Stump The Quizmaster, as they had a very clever and unique way of hosting it! Have a listen to see what I mean!!!
I think Stump The Quizmaster was an inspiration to me due to the complexity of the quiz, and because of the competition between the hosts (Wayne and co). Both elements added an extra and unexpected layer to each show, making it more enjoyable to listen to!
Although they've changed the format to their shows I would still recommend listening to the Trek Mate Podcast!!! 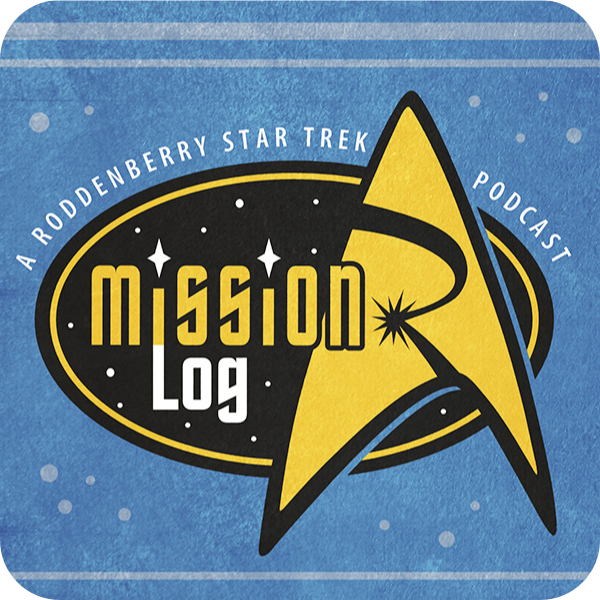 The third podcast I would really like to mention is the Mission Log Podcast. The hosts of the podcast (John Champion and Ken Ray) has reinvigorated a lot of fans passion for the franchise around the world (including mine) by analysing each and every episode and film.
At this point it sounds no different than any other podcast around...but they look for what I like to call "The Three M's". Which stand for the Morals, Messages and Meanings within the episode or film they are examining.
At the time that I write this they are making they're way through Season 1 of The Next Generation, after watching (and analysing) the whole run of Star Trek: The Original Series and The Animated Series. On top of that they have also watched (and analysing) all the Original Series six films right up until Undiscovered Country!
The Missions Log Podcast is an inspiration to me, because it allowed me to see a different side to a franchise I've lived with for most of my life! Giving me a chance to view the film or episode from a more balanced (and informed) point of view. As you can imagine being balanced and knowledgeable are two quite traits to have when your in charge of a Star Trek podcast!
It is my hope to bring this to the podcast via "The Three M's"!!! 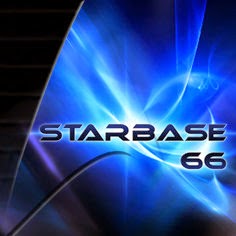 The third podcast I would quite like to mention is Starbase 66, which is another podcast brought to you by the Simply Syndicated network! This podcast is a general Science Fiction and speculative fiction podcast. Which combines a lovely mixture of Science Fiction with real science. This is because part of their team used to work for United Space Alliance (one of NASA's primary contractors). So when they do the News at the beginning of each show you know that the real science is super accuracy!
It is for this reason that they are an inspiration to me, because I want to attempt to bring the balance between our Science Fiction and real science news to the podcast!!! 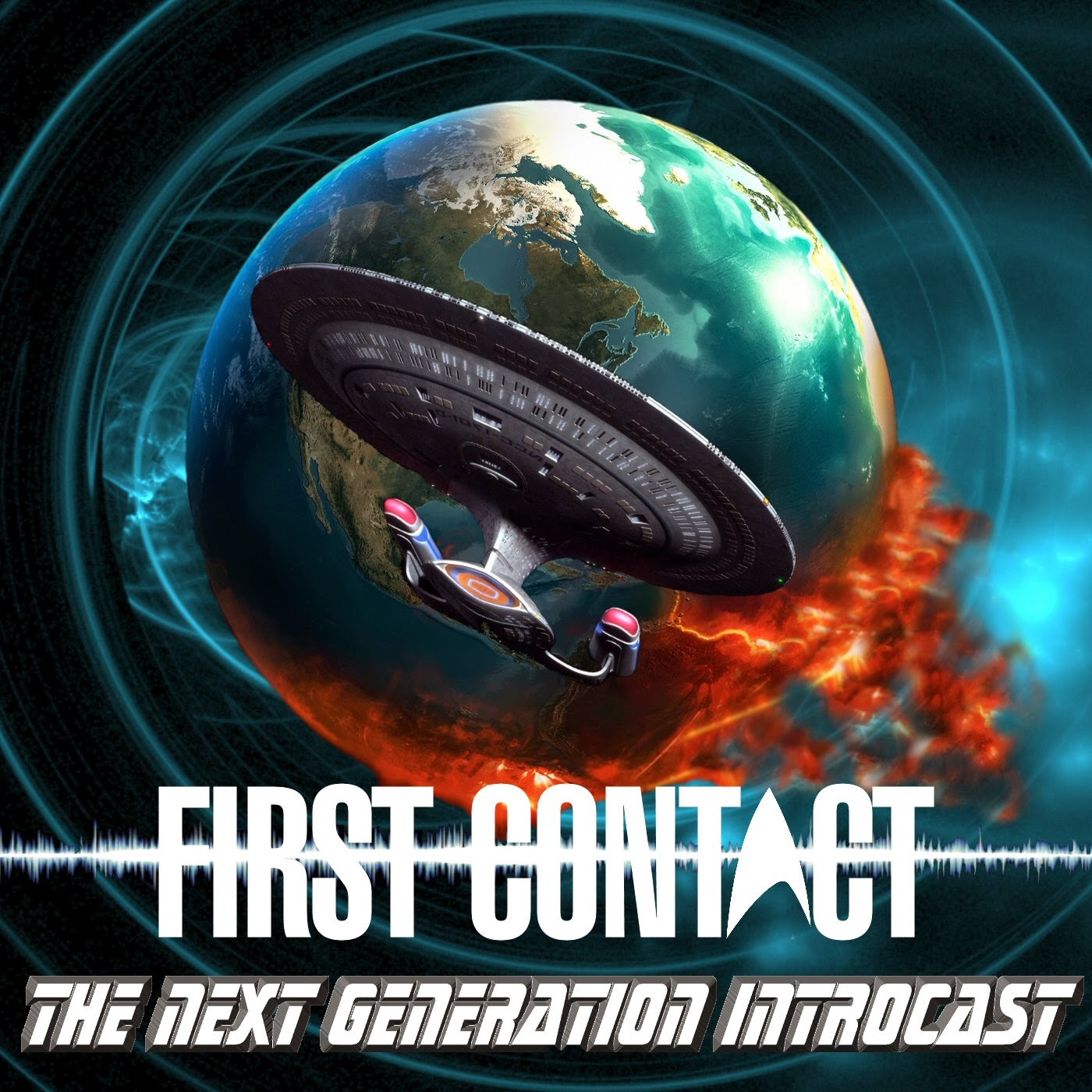 The final podcast I would quite like to mention is First Contact The Next Generation Introcast from The Spoilist. Which is a recent addition to my playlist (first episode debuted on the 12th of April 2013).
This podcast is like a mixture of the Mission Log Podcast and The Make It So Podcast. As Andrew, Alex and James analysis each episode of The Next Generation (currently doing Season 2) with an unequivocal element of wit in each and every show, making it a podcast worth listening to!
This is (by part) due to the fact that James hasn't seen any Star Trek before. It is because he's a new fan of the franchise (and the series) that he is able to watch it 'blind'. Giving him a unique perspective on the show. Combine that with the combined Star Trek Universe knowledge of Andrew and Alex...and you've got some very interesting discussions!
It is for this reason that they are an inspiration to me, because I want to try and bring a balance between our analysis of the franchise and the friendship between the three of us...like they do on the First Contact The Next Generation Introcast!!!

I would just like to point out that I haven't mentioned all of our Podcast Fraternity friends (unfortunately). So I would like to thank all the podcasts for their support since we launched back in October!
We really appreciate it!!!

I hope you found this blog post interesting!
This is Simon from The Engage Podcast signing out!
Posted by Simon Cordell at 17:32 No comments:

You may have noticed for the last couple of weeks I have not being very active on the podcast in terms of our online media via Facebook, Twitter, Blogger and the You-tube channel (hence why there haven't been any good deed videos this month). This is due to a combination of personal reasons, stuff going on within my family and busy with my job, which gets hectic at this time of year (don't most jobs!)

As such my presence on the podcast has been less. But I wanted to take the time to send this message to you all for an update on things. As such my life is a bit less hectic now and after Christmas and the New Year I will be back in full swing (mostly). What I mean by this is our You-tube channel is winding down for now, but will be back again in future as I'll be concentrating on other podcast bits and pieces for now.

I would like to end this message on behalf of all of us at the podcast in thanking all our listeners and fans for supporting us and to the Trek Podcast community for all their wisdom and welcoming. You all know who you are.

We wish everyone a merry Christmas and a happy new year. Have a great one!!!

The Engage Podcast
Simon, Jamie and Phil
Posted by Jamie at 16:24 No comments: