What is a Best Friend? 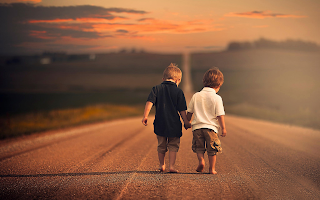 What is a Best Friend?


Until this day I have never quite been able to describe what the term ‘Best Friend’ actually means? Can you?


When you think about it at a first glance it’s easy…as you can say that it’s someone I know; that could be a family member, wife, husband partner, or a person you have just met?


But for lots of people it’s that one person that they have known for a long time and who has been there through thick and thin. Sharing the good times and of cause the bad times. Which is when you’re feeling down, and they come and pick you up!


But to me, this is an easy and obvious response, which for me it doesn’t fully answer the question! Of what is it to be best friend?

Who was it that woke up one day and said “that person there, he/she is my best friend”, and then everyone else just wanted one as it had become popular overnight like trading cards or a tasty sweet?

I don’t buy it at all…hmmm I think I’ve just made it a 2 part question, anyway back to my blog madness!


If we ignore what I just said about “Who is could be” because all the examples I just gave would spring to everyone’s mind straight away, and we dig a bit deeper and find out what a best friend really is.


Who they really are? And what is means?  As I believe a best friend could literally be anyone or anything, do you not agree?


Let me try explain and we’ll see what you think by the end! 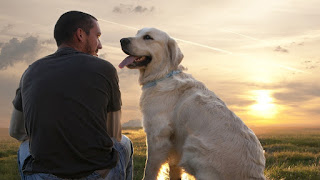 
I think the relationship between mankind and canines, is a good place to start…as it’s a perfect example of friendship.


It’s a commonalty known fact that the humble hound is known as ‘Mans Best Friend’, and why wouldn’t they be!


From cave man hunter partners to loveable pets, dogs have been a core part of human society, since man discovered he/she had a brain, and more importantly how to use it!
But although roles have changed both man and beast still have a strong love for one another, and it is one of the strongest friendships known in our world. But how and why did this start? 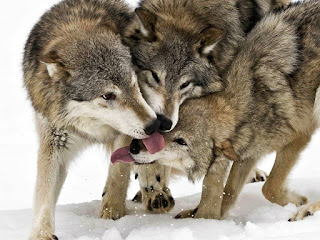 What was it that made the first wolfs/dog see us as a friend? Now historians will tell you that humans and wolves worked together hunting. Wolves were the superior tracker but humans was the superior killer; thus wolves would lead humans to the prey and humans would leave some of the meat to the wolves.
This is a nice story and something that a lot of people could have come to the conclusion for themselves but WHY?
Was it our love and companion with them?   Was it team work that bonded a friendship? Or was it merely the fact that wolves were afraid of the dark and loved our camp fires? Maybe we’ll never find out?
Going back to the modern day domesticated dog. Any owner knows that they love us no matter what, they follow us no matter where we go. They know when we are unhappy, they know when something’s not right.
They’ll always love you through and through no matter what, and that the definition of a perfect friendship for a lot of people.
But it’s a bit one sided, because the human might not always return the same love to the dog. Nonetheless this is similar to most friendships between humans, which is definitely something to ponder... 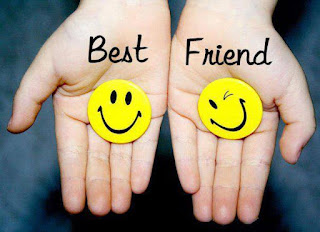 What makes a true friend?
I think this is an important next step on our search to find the answer.
The only problem is that it’s really in the eye of the beholder ‘what makes a true friend’ as everyone searches for something different.
We all have checklists or something we look for, be it similar taste in music, films, games. Or maybe it’s as simple as liking the same colour, or having similar background and upbringing.
These are all important things, but some friendships have to be earned, and it’s through these similarities that people form alliances that last a lifetime.
Another important part of any friendship is liking each other’s character. By learning things together, by being able to work well as a team and by learning (and playing) on each other’s strengths and weaknesses. Again all perfect reasons for having a friend…but they are all just starting points. I think in a true friendship there might be an extra element of closeness, as you start getting into their head. Knowing exactly what the other person’s thinking, even if they aren’t saying a word!
Ask any long term friends, why do you like each other? And half the time, other than saying some of the answers above, they might say something like “well I don’t know, he or she just knows me so well”.
This happens because at some point in there relationship something dramatic happened.  It could have been something small, it could have been something physical, or traumatic but regardless of the event that happened to one of them.
The other person would always be there for them...resulting in them becoming the one person they can put all their trust in at that particular important point in time. Even if that person failed or succeeded or in helping them.
The very fact that they did what they did showed the other person just how much they meant to them. I’m not talking like something you see in the films where someone is in a life threatening situation and their friend risks it all just to go and save them. It could be that smile, a hug, which helps them when they need it the most.
I can always remember when I was at school, me and my best friend made a really strong friendship that we still have today…just as strong!
I recall a particularly bad day, where the local oik was attacking (though bullying) my friend by just inflicting pain and verbal abuse (heckling) at him. 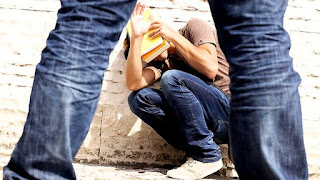 Seeing this happen I stepped in, and intervened something inside of me suddenly snapped, and I went completely red and this sudden rush came over me summing great strength from every part of my body. I remember grabbing the bully by his throat and lifted him up and over my shoulders. After that I grabbed his torso in one hand and moved my other further down his neck. As I wanted throw him against the brick wall (next to me). As god I was so mad!
Seeing the fear in his eyes, which made me feel so happy, happy that I was about to hurt him! How dare he attack my friend?
I was about to do it, when my friend told be stop by  simply saying “NO”...so I did. In that split second I had stopped, and put the tormenter down and let him go…. why? How did he stop me, I had too much rage and power…but yet he did?
It’s like I say, something like that happens which changes you forever.  It’s something you can never describe…but you never forget the feeling!
It keeps you together even if you occasionally argue, even if you get frustrated…and want to call it there.
Then you don’t want to because of you remember everything they’ve done for you, and what you’ve been through together. That’s what I think is amazing about a true friend.
Wow that brought back a lot of memories, I typed out pretty much what I thought of without stopping to think or breathe! 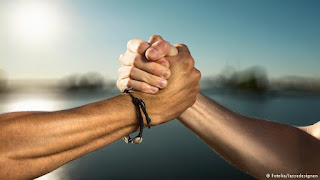 So we know friends have a connection, we know they have something in common which has started their relationship however small, we know that something has happened between them to make them cement a special bond, and we know these bonds can last thousands of years even surpassing the original friendship.
I think it’s starting to make sense now. Like the wolves that worked with the humans a relationship that stands the test of time, so do great friendships it’s really makes you think about who you know, and who you trust, and who you deep down know are a true friend. I know who he is, and I know he’ll reminisce about another time we’ve shared together when he reads this.
Now I said to you that a Best Friend could literally be anyone or anything! Do you now see my point?
Whether they are someone you have just met, a family member a new partner or even your beloved animal friend. The bonds you make with them now, can cement a relationship that can seem quite small, will grow.
Never knowing where it might end up…and that’s the beauty of friendship.
I leave you with that thought.
Phil