Hope in Interstellar and Star Trek!

Hi guys welcome to my latest blog about the newly released Sci-fi movie Interstellar, which I had the pleasure of going to see last week!

It struck me as I was watching how wonderfully it mirrored Roddenberry's intentions when he first created Star Trek way back in the day. The show embraced hope for humanity through humans co-existing peacefully in the galaxy and abolishing things like poverty and war that nearly destroyed Earth. It gave hope to all of us that watched the franchise. Throughout out these difficult periods humans gave hope to each other in going out and achieving in life by venturing out into the stars, which is what Interstellar does magnificently!

The film tells the story of Earth literally being a desolate wasteland as it struggles to survive with little resources. Farmers are in desperate need to cultivate and harvest crops for the upcoming winter. One farmer Cooper (Matthew McConaughey) who used to be an engineer yearns to explore the galaxy as he believes it holds the key to saving Earth. Eventually he runs into his old professor (Sir Micheal Caine) who tells him he is sending a team of explorers into space to find a potential habitable planet that humans can settle on if they can find wormhole, which will take them to the other side of space.

There's lot of stuff happening throughout the film like family drama and time travel, where the wormhole is a five by three dimensional construct (don't ask me how that works!) It's fascinating stuff, but what most resonated with me throughout is how the film put across the message of hope for humanity

Throughout Interstellar Cooper does the same thing in that he sacrifices everything in leaving his son and daughter behind to protect and help them for the future. (You'll have to find out for yourself if Earth is saved!) It's the hope and belief he has in himself and those he travels with to go out there into the solar system and travel (for 2 years!) to find the gateway. No matter how long it takes and what obstacles he and the other explorers go through he never gives up and it's these qualities the film shows and what mirrors Star Trek so well. 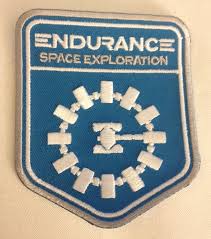 The essence of hope that watching Interstellar and bits of Star Trek again drew me back to my University days (feels like years ago now!) when I was still discovering things about myself and what I could do. I eventually ended up doing Karate for six months, thanks to encouragement from one of my uni friends. It's something I never thought I could or would do! It got me fitter, more confident within myself and did wonders for my mental health in keeping me more focused and relaxed during exam periods and writing essays!

Now I know this doesn't sound like much compared to saving humanity! But hope whether drawing from yourself or giving to others to achieve something amazing comes in all shapes and sizes! It's incredible what the feeling of hope can make us do!

So on that last thought I ask you...

What does hope mean to you? Where do you draw it from? And how has it propelled you to achieve your potential in life?